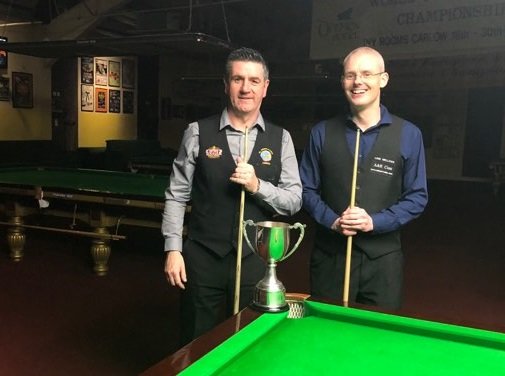 Birthday boy Rodney Goggins from Liam Mellows Wexford made his perfect start to his Masters career when he won the sixth RIBSA Masters Snooker Ranking event of the season ‘’Pridecraft Construction Cup on Sunday the 25th of March in the Ivy Rooms Snooker Club, Carlow.

It was Rodney that took an early lead in the final taking a 2 nil lead. It was Mark who took the next 2 frames to take it to a decider.  The decider was full of drama with Rodney needing 2 snookers with 2 reds left and got them. He then needed a further 2 snookers on the brown when Mark hit the pink meaning Rodney could now win by a point. RIBSA would like to thank the Ivy Rooms SC for hosting the event, TD’s Shane Mason and all the players on making it a success on the day.

The Republic of Ireland Billiards & Snooker Association have just announced details of the 2018 RIBSA Masters Championships. This year the guaranteed prize fund will be €1, 000.00. This event will be held on Sunday the 15th of April in the Ivy Rooms Snooker Club, Carlow.

The Defending Champion is Michael Judge after his victory over John Farrell last year. All matches will be the best of 7 frames and it promises to be a great event again this year. Depending on Numbers and Results the final stages will be played during Finals weekend 11th – 13th May in the Ivy Rooms SC.

You can now text your entry to RIBSA on 085 2428701. This is a text number only and you must include your name, club and name of the event you wish to enter.

The closing date for entries is Saturday 14th April at 6pm with the draw published on the web site soon after. 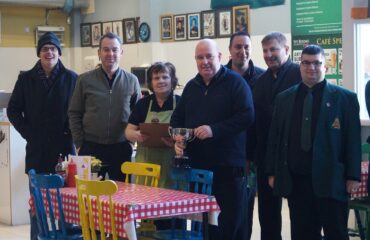