The Republic of Ireland Billiards & Snooker Association held another Snooker in Schools project for the Rhode Youth Club in the Edenderry Snooker Club in Co. Offaly on Wednesday the 14th of March.

The RIBSA schools development program objective is to help grow the interest of our sport within schools and Youth Clubs all around Ireland. The boys and girls were invited to learn the basics of the game from the RIBSA National Snooker Coach PJ Nolan and his qualified RIBSA Coaches Ger Murray and Declan Quinn.

The boys and girls learned how to develop a good Bridge Hand and improve their Cue Action through demonstrations by PJ who is one of the world’s leading snooker coaches.

The Rhode Youth Club hold a session every week in the Edenderry Snooker Club and RIBSA who are the governing body of Billiards and Snooker in the Republic of Ireland were delighted to see the enthusiasm shown in the children on the night.

RIBSA would like to thank Ger Murray, Declan Quinn and the Edenderry Snooker Club for making the Snooker in Schools a success on the night.

Eddie Cahill from the Rhode Youth Club said the boys and girls really enjoyed the session and they thanked the RIBSA team and Edenderry Snooker Club for hosting the session.

RIBSA hope the ‘Snooker in Schools program will help to grow the game Nationwide and a number of other schools are lined up over the next few months.

If you know any other school who would like to become part of our Snooker in Schools project availing of PJ’s coaching skills they should email info@ribsa.ie 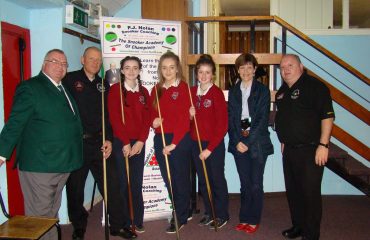 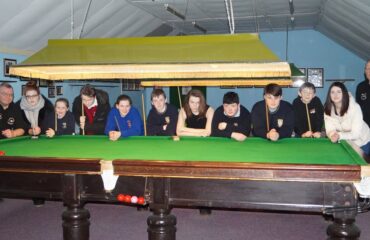