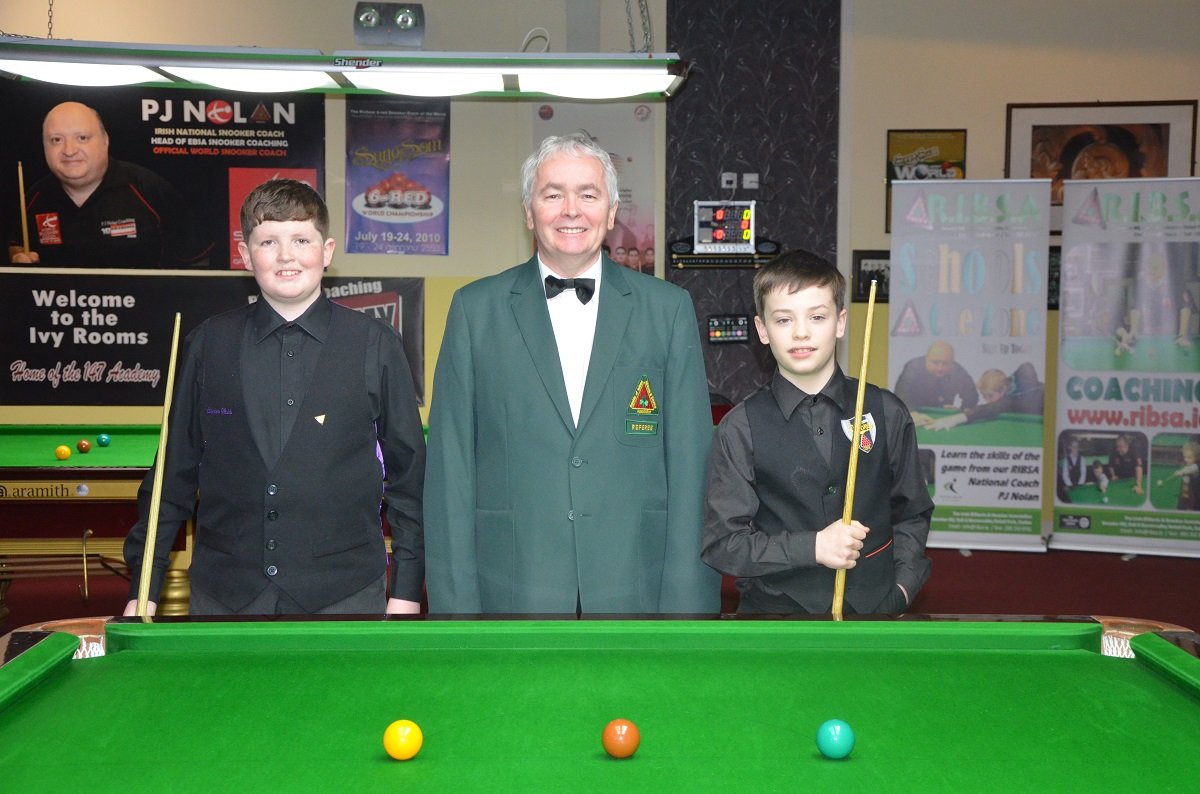 Frame 1 both players started off with good safety but it was Ryan who took the 1st frame on a score of 62-35. Frame 2 Sean started off well with an excellent break of 31  then good safety once again til Ryan got in and scored 23 but Sean got back in and cleared a 32 score to go on and win the frame 73-23

Frame 3 Once again this frame was all about safety but it was Sean who went on to win the frame 73-38. Frame 4 Ryan went on to win this frame 59-33 to go into a deciding frame. Frame 5 This was a very tense but invigorating final game no corners were left upturned in this decider but it was Sean who was victorious in winning the match on a score of 68-54

Frame 1 Great start from both young players a lot of safety from both but it was Alex who won the 1st frame on a score of 52-11. Frame 2 All frames today were saftey play as both contenders knew what was at stake in this frame it went to a black ball and Leone went on to win 53-45.

The final promises to be an exciting match with two incredible potters and we are guaranteed a new name on the famous cup.

A special thank you all who took part on the day, to RIBSA , Ivy Rooms, TD Declan Quinn and to Referee Pat Haniffin on making it a big success on the day. 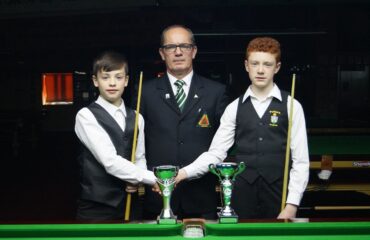 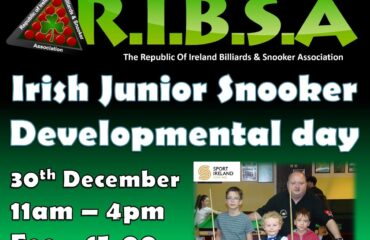