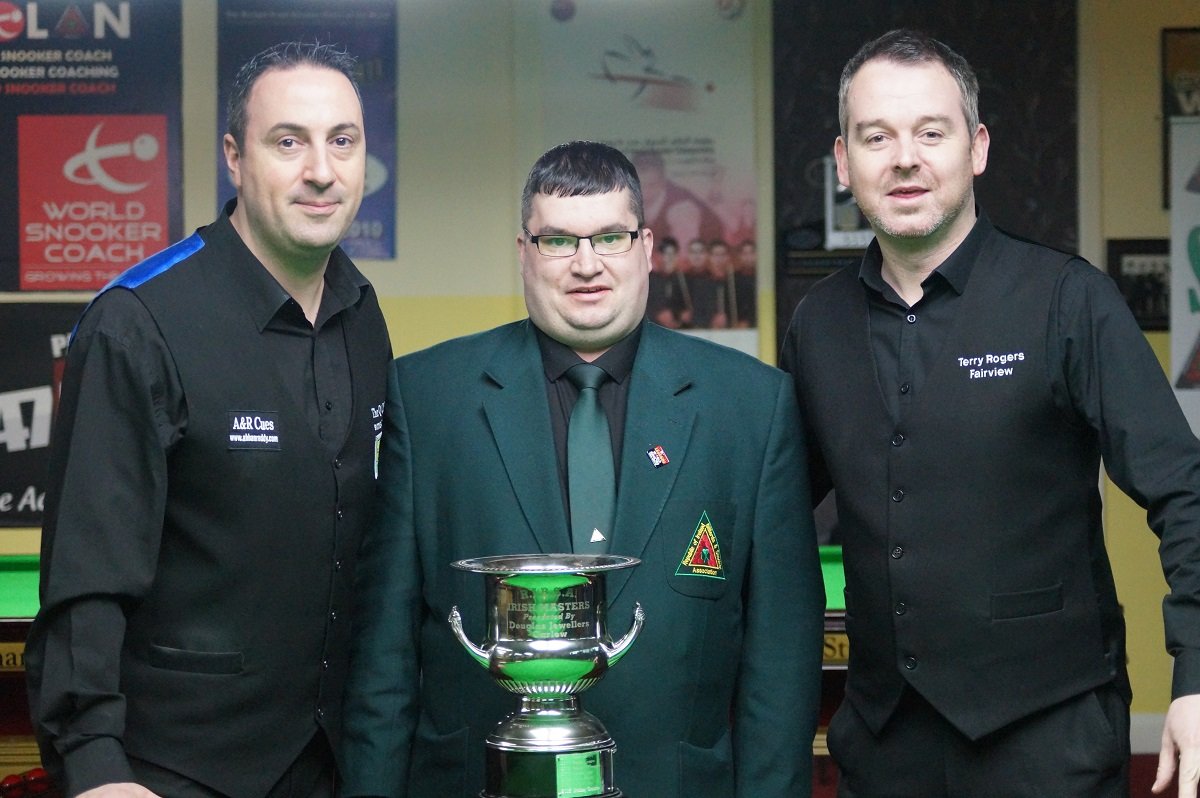 The final for the fifth RIBSA Senior Snooker Ranking event ” The Irish Masters ”  sponsored by Douglas Jewellers Carlow will be between Michael Judge from Q Club Wicklow and TJ Dowling from Fairview SC Dublin after both had great victories along the way on Saturday the 24th and Sunday the 25th of February in the Ivy Rooms Snooker Club, Carlow.

69 players had entered the event and there was a number of great matches and shocks with Frank Sarsfield beating the number 1 seed Brendan O Donoghue in the last 16 (3-1) and Chris Cooney beat No. 4 seed Stephen Bateman (3-2). Aaron Holland beat Robert Murphy (3-1).

The final will be played in Fairview SC in Dublin in the next two week as Micahel Judge is competing in the World Cup in Qatar next week along with Brendan O Donoghue, Greg Casey and Mark Tuite. Full details will be posted on the RIBSA site and Facebook with confirmed date and start time.

The current High Break stands at 138 by Brendan O Donoghue from Nenagh and other top breaks were 108 Aaron Hill from Crucible and 100 by Anthony Bonnar from Northwest SC.

RIBSA would like to thank the Ivy Rooms SC for hosting the event, TD’s Shane Corr and Brendan Devlin, Referees Shane Mason and John Kehoe and all the players on making it one of the highest standard ranking events in a long time. The final promises to be a classic and RIBSA wish both players good luck in the final. RIBSA would like to wish Team Ireland 1 of Micahel Judge and Brendan O Donoghue and Team Ireland 2 of Greg Casey and Mark Tuite good luck in the IBSF / ACBS World Cup in Qatar. Click here for more information on the event

Following discussions with interested parties RIBSA have decided that carryover matches from the Senior Ranking Tournaments on Saturdays will not be played on the Sunday. Council will decide in consultation with the players involved if the matches will be played mid-week or the following Saturday.

No matches will commence after 10 pm on Saturday night.

‘Following representation from Club owners RIBSA have decided to introduced one day / one event membership fee. The cost of this membership is €5.00 and is only valid for the duration of each particular event. It is hoped that this will encourage more participation in RIBSA Events ”

The 2017 – 2018 RIBSA Senior Snooker Ranking Series will feature 6 Ranking events and the National Snooker Championships this season.  These rankings will be used to select the senior International players.

Players are asked to note that the prize fund for tournaments in 2017/18 season will depend on number of entries less tournament expenses.  Prize fund and expenses will be announced on the day at each event.  Expenses will include payment of Tournament Director, Referees and payment of €2 per player to host club. 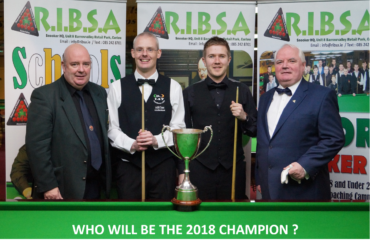