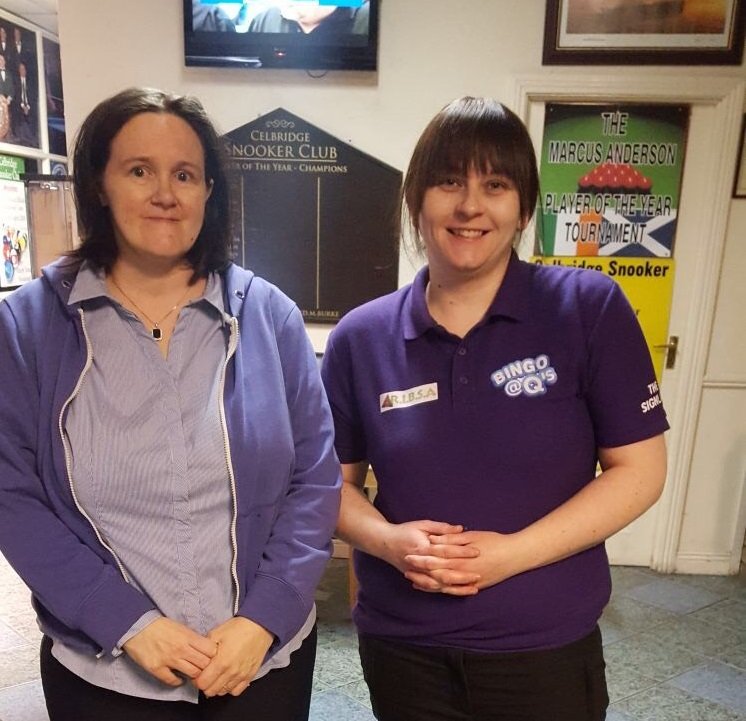 The fourth RIBSA ladies ranking event took place in Celbridge S.C. on Sunday 11th February.  After the round-robin stage Ronda Sheldreck and Claire Mill had secured their places in the final.  Ronda gave a very good account of herself, but Claire proved too strong for her and showed her experience, and won by match by a comfortable 3-0, to win her 1st ranking event of the season.  Many thanks to James and Phil from Celbridge S.C.

The Republic of Ireland Billiards & Snooker Ladies Association have just announced they will hold a Ladies snooker developmental day on the 11th of March in Q’s Snooker Club in Dublin.

Any lady player of any standard or age are invited to attend the day with our Irish National Coach PJ Nolan and 14 time Irish Champion Michelle Sherwin who is the Ladies National Coach to learn the skills of the game and about the Stance, Grip, Cue Action, Cue Ball Control and Potting Skills.

The ladies would like to wish Ronda Sheldreck and Paula Judge all the best in their endeavours representing R.I.B.S.A. at the WSF World Snooker Championships in Malta in March, and indeed best of luck to all Irish players travelling.

Sherwin makes it 5 in a row