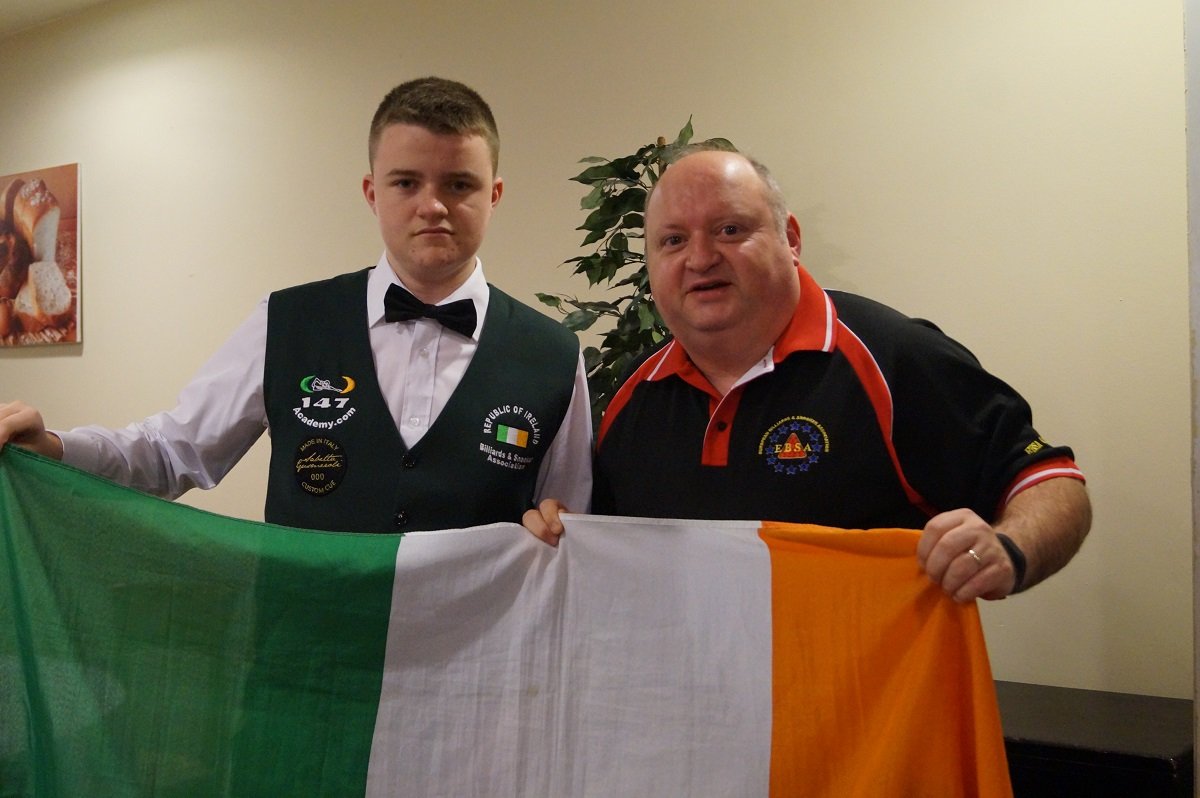 The fourth day of the Under 21 European Snooker Championships was a great day for young Ross Bulman as he qualified for the semi finals tomorrow morning in the Ramada Hotel here in Sofia Bulgaria.

Earlier in day Ronan Whyte had a great 3-4 win over Luis Vetter from Switzerland in the last 32 while Ross Bulman beat Jan Jelenić from Croatia. In the last 16 round Ross beat Ales Herout from Czech Republic 4-1 but Ronan’s run came to an end when he was beaten Simon Lichtenberg from Germany 1-4.

In the QFinals tonight Ross was in great form when he beat Julien Leclercq from Belgium 4-0 to set up his semi final against Tyler Rees from Wales or Mateusz Baranowski from Poland at 10am tomorrow local time.

Action begins again at 10am local time in the Under 21 Championship with the Men’s Championships starting on the 10th to the 16th of February.

Well done to Aaron Hill, Stephen Bateman, Aaron Holland and Ronan Whyte on giving it 100% and we will all cheer on Ross tomorrow in the semi finals.