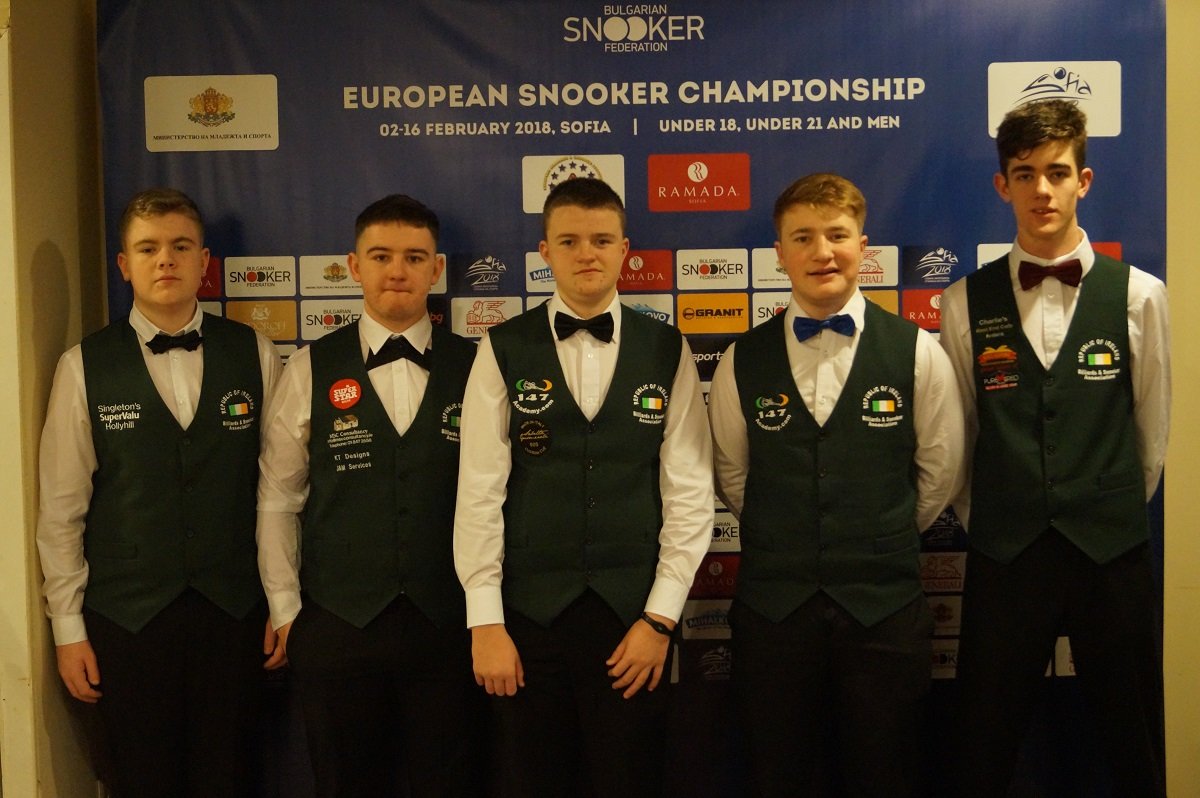 The second day of the Under 21 European Snooker Championships here in the Ramada Hotel in Sofia Bulgaria had mixed results for our young RIBSA stars.

Aaron Holland had a great day with two good wins. Stephen Bateman lost today and Aaron Hill won one game and lost the other. Ronan Whyte lost a close game today but Ross Bulman had a great day winning his both matches.

All players are looking focused on qualifying from their groups for the knock out stages later in the week.