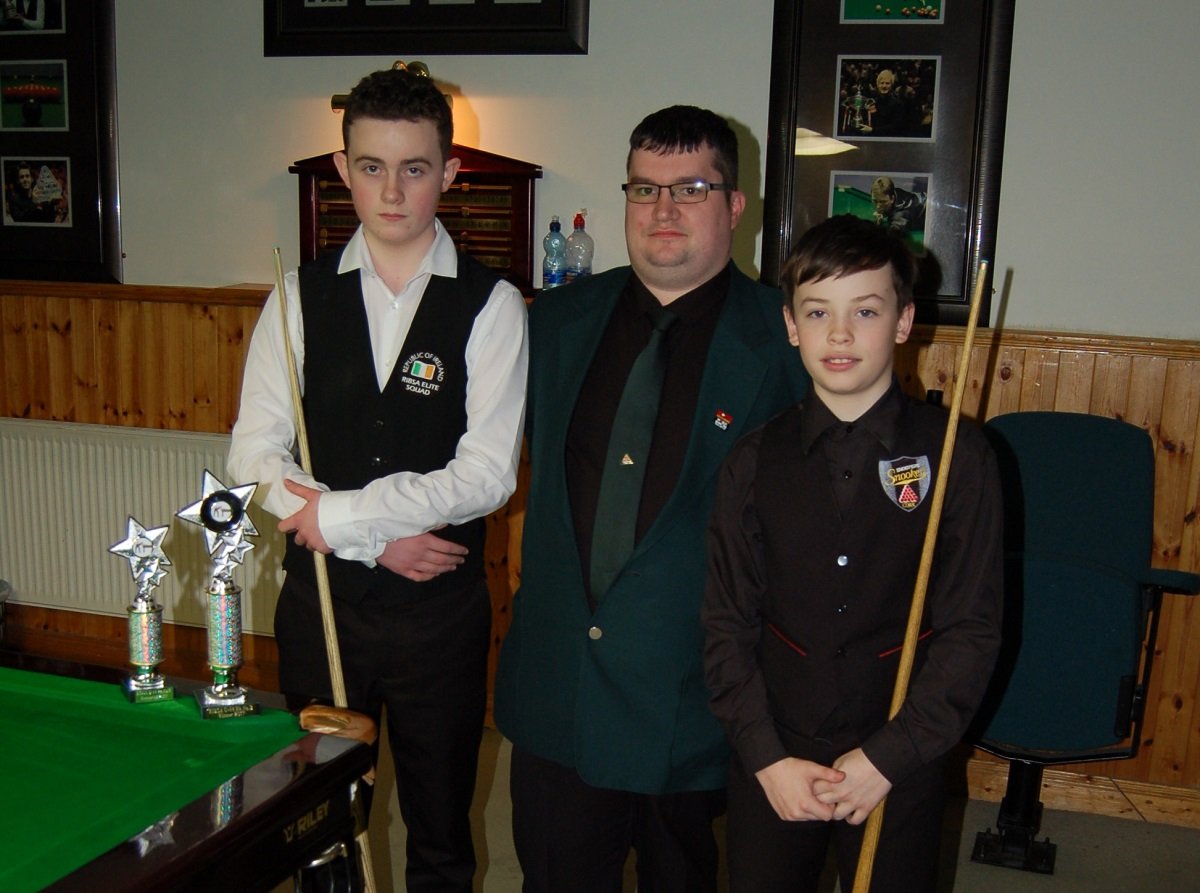 RIBSA Elite Squad player Ryan McGuirk from R&R SC won the RIBSA Under 14 Ranking event No.3 in Newbridge CYMS on Sunday the 4rd of February.

There were two excellent semi-finals when Ryan McGuirk beat Alex Currid from Wexford 3-1 and in the other semi Leone Crowley from Shooters SC Cork beat Sean Walsh from Douglas SC Cork in a deciding frame in which Leone turned out to be the winner 3-2.

The highest break of the day went to Sean Walsh who made a magnificent clearance of 46.

In the final Ryan was in great form and won the title 3 frames to nil.

Well done to everyone who participated on the day. RIBSA would like to thank CYMS Newbridge, Declan Quinn TD and Shane mason for refereeing on the day.