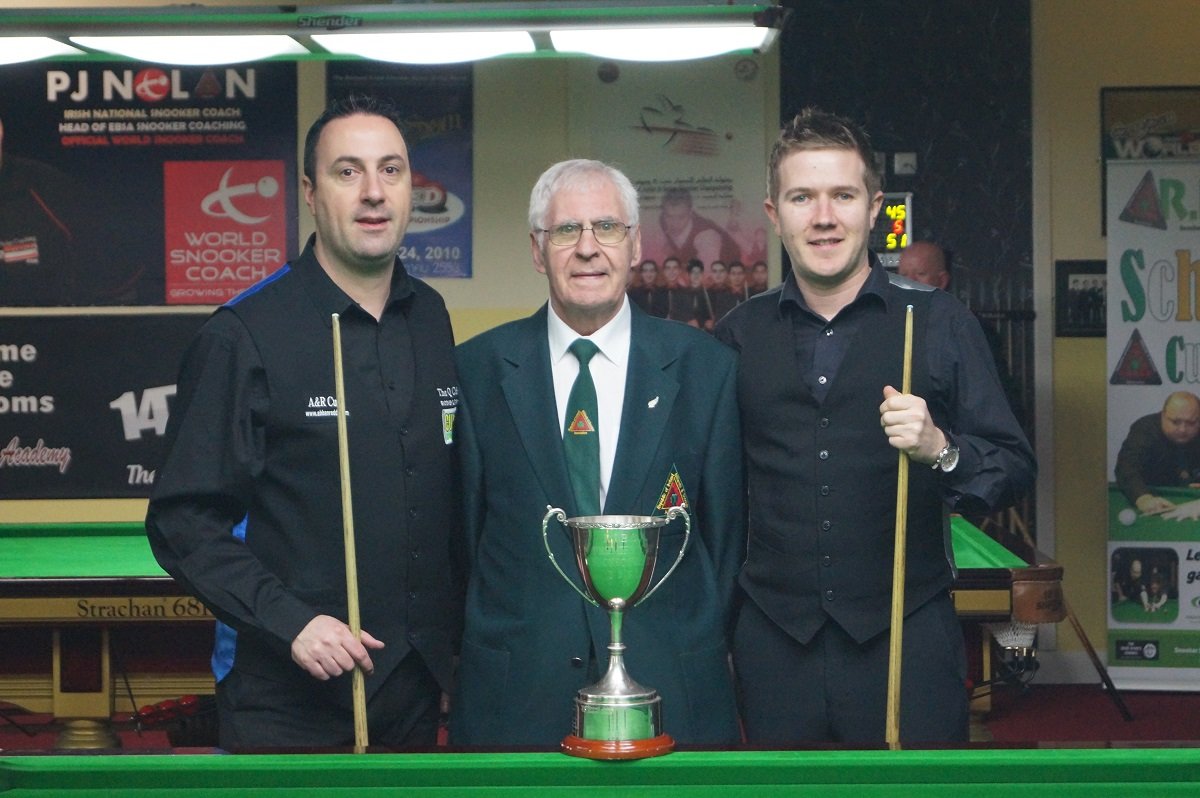 The final was streamed all over the world using the new RIBSA streaming service and this is becoming very popular with everyone.

Brendan O Donoghue from the New Institute SC in Nenagh played Michael Judge from the Q Club Wicklow in a best of 7 frame match refereed by Brendan Devlin.  Brendan got off to a flyer winning the opening frame. In frame 2 Judge fought back to level at 1-1. In frame 3 Michael made a fantastic 138 clearance to go 2-1 up. In frame 4 and 5 went to the Nenagh man to lead 3-2. In 6 back came Judge to level at 3-3 and set up a dramatic decider. In the decider Brendan potted Green, Brown, Blue and Pink to win the Title. In the other semi-final it was Michael playing Greg Casey also from the Crucible SC with Michael winning 4 frames to 3.  Greg had good wins over Dane Daly Mulpeter, Cathal Gordon, Martin McCrudden and Benny O Brien on route Michael had wins over Paddy Brady, Alen Matic, Ross Bulman and TJ Dowling.

There were three century breaks in the event with Michael Judge 138 winning the prize just piping Aaron Hill ‘s 127 Peter Donegan’s 124 in the event. RIBSA would like to thank the Ivy Rooms SC for hosting the event, Brendan Devlin for doing a brilliant job as Tournament Director, Referees John Kehoe and Paddy Hanifin for making the event a big success. Event 5 will be played on the weekend of 24th and 25th of February.

‘Following representation from Club owners RIBSA have decided to introduced one day / one event membership fee. The cost of this membership is €5.00 and is only valid for the duration of each particular event. It is hoped that this will encourage more participation in RIBSA Events”

The 2017 – 2018 RIBSA Senior Snooker Ranking Series will feature 6 Ranking events and the National Snooker Championships this season.  These rankings will be used to select the senior International players.

Players are asked to note that the prize fund for tournaments in 2017/18 season will depend on number of entries less tournament expenses.  Prize fund and expenses will be announced on the day at each event.  Expenses will include payment of Tournament Director, Referees and payment of €2 per player to host club.

Players must be properly dressed for all RIBSA competitions. The dress code is dark shoes, dark one coloured trousers (no jeans), one coloured shirt buttoned at the wrist and waistcoat. Waistcoats must be worn for all matches. 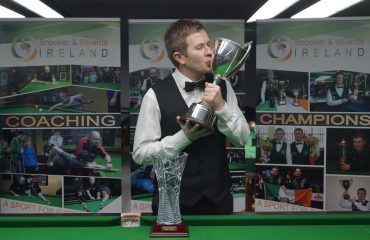