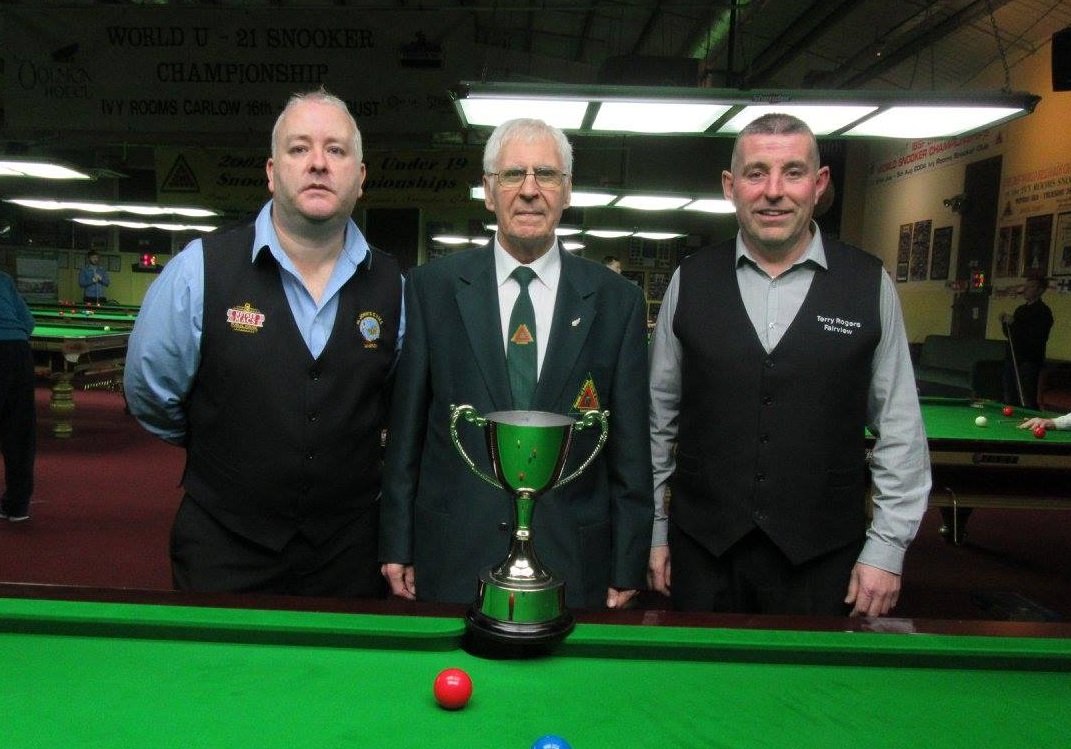 John Farrell won the fourth RIBSA Masters Snooker Ranking event of the season ‘’ The Donegal Cup ‘’ sponsored by John Doherty from the Northwest Snooker Club in Letterkenny on Sunday the 7th of January in the Ivy Rooms Snooker Club, Carlow.

The top 2 seeds John Torpey from St Johns Limerick and John Farrell from Terry Rogers SC in Dublin faced each other in the final to battle for the title. Farrell was to hot on the day winning the title 3 frames to nil. RIBSA would like to thank all the players for entering the event, Ivy Rooms SC for hosting the event, Brendan Devlin for doing a brilliant job as Tournament Director. Event 5 will be played on the 25th of February.

The cost of entry for Masters Tournaments will be €20.00 plus RIBSA registration of €15.00, Waistcoats must be worn for all matches. National Waistcoats are not permissible.

Players are asked to note that the prize fund for tournaments in 2017/18 season will depend on number of entries less tournament expenses. Prize fund and expenses will be announced on the day at each event. Expenses will include payment of Tournament Director, Referees and payment of €2 per player to host club.

The 2016 – 2017 RIBSA Master Snooker Ranking Series will feature 6 Ranking events and the National Snooker Championships this season.  These rankings will be used to select the master International players.

The closing date for Masters Tournaments will be 6pm on the Saturday before the event. The draw for each tournament will be available on the website www.ribsa.ie, as soon as possible. 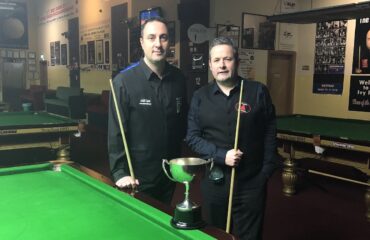