Entry for the Championships have already been started and Member Countries can now enter their players’ names and details on IBSF Online Entry System using their login credentials. Closing date for entries is 28th October 2017.

Each country is allowed to send maximum 3 players in Men, 3 Players in Masters and 4 Players in Women competition. Each region is also allowed to enter winner of their regional championship.

Entry fee for the competition is USD 70.00 per player and must pay to the IBSF Treasurer before the start of championships.

Requests for referees will be sent under separate letter. Nominations of referees must be sent to their regional referee associations before the 30th September 2017. International referees will receive a subsidy of US$ 400 from the IBSF towards their Air ticket support.

Details on the 2017 IBSF AGM will be provided in due course in a separate letter.

Doha is the capital city and most populous city of the State of Qatar. The city is located on the coast of the Persian Gulf in the east of the country. It is Qatar’s fastest growing city, with over 50% of the nation’s population living in Doha or its surrounding suburbs, and it is also the economic centre of the country. It comprises one of the municipalities of Qatar.

Doha was founded in the 1820s as an offshoot of Al Bidda. It was officially declared as the country’s capital in 1971, when Qatar gained independence. As the commercial capital of Qatar and one of the emergent financial centres in the Middle East, Doha is considered a world city by the Globalization and World Cities Research Network. Doha accommodates Education City, an area devoted to research and education.

The local currency is Qatar Riyal

TRAVEL
TRAVEL & TRANSPORT
Name of nearest international airport: Hamad International Airport – Doha
Transfers Airport/Hotel/Airport will be available FREE OF CHARGE – all participants will be greeted by the QBSF representatives upon arrival subject to arrival information being forwarded in advance.

VISAS
Visas will be issued free of charge to all participants (Copy of Passport to be emailed toqbsf@olympic.qa)

DRUG TESTING
Players may be subjected to Drug Testing in accordance with the WCBS Drugs in Sport Policy. 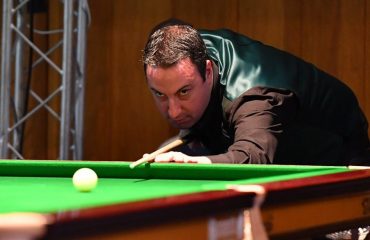