This new system will see our top 10 ranked Irish juniors playing against each other in a International Tour using the same format as International snooker events. At the same time RIBSA will hold Open Tour events to build up the confidence of the younger aged players to become winners in the future.

Please Note : All players above must contact RIBSA by 29th of August to confirm place on info@ribsa.ie. Any other underage player can enter the Open tour on the same day.

Please Note : All players above must contact RIBSA by 29th of August to confirm place on info@ribsa.ie. Any other underage player can enter the Open tour on the same day.

This new structure will see our National Coach PJ Nolan be Tournament Director at every U-18 & U-21 junior event next season.  Events will start in September and run until December to qualify players from the EBSA European Championships.

The second qualification will run from January to May to qualify players for the IBSF World Championships and the Home Internationals.

RIBSA will introduce an International Tour where the top 10 underage players from last season’s ranking will play in a league format of 4 frames per match. The players will play three match per day over the three qualifying days to find the qualifiers.

At the end of the three qualifying days, the bottom three players are relegated into the Open Tour while the top 3 on the open tour are promoted to the elite tour for the IBSF qualification.

2. Highest Junior on Senior Rankings – at cut of point

The International Tour entry fee is a total of €30.00 for the three qualifying events plus the 2017-2018 Reg €10.00. This must be paid to RIBSA on or before the 29th of August. After this date the next player on the ranking will be invited into the International Tour.

All juniors can qualify

All juniors also have a chance to qualify for the EBSA International events through the Senior Rankings as RIBSA will give the highest ranked junior on the senior ranking a qualifying spot for the Championships. This is to encourage more juniors to compete in the senior events.

The entry fee will be €10.00 plus Reg. This can be paid on the day. Trophies will be awarded to the winner, runner up and high break in each of the three ranking events. 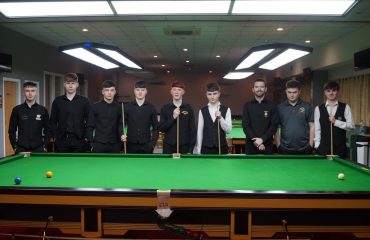 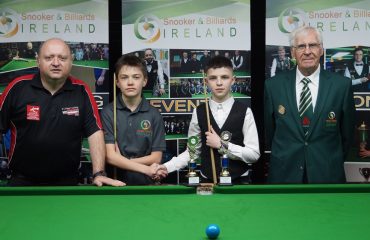 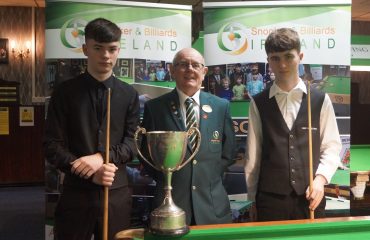