After the RIBSA finals weekend RIBSA can now confirm the Senior, Masters Under 21 and Under 16 players who have qualified for the 2017 Home Internationals which will be held in the Northern Snooker Centre in Leeds from the 11th – 17th of August. 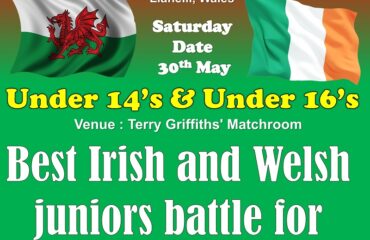