The 2017 Celtic Challenge Teams are confirmed for the annual event in the Ivy Rooms Snooker Club in Carlow on the 24th & 25th of June. The best Under 14 and Under 16 players from the Republic Of Ireland and Wales will battle it out for the title and for the first time 7 players will play in the event and it promises to be an exciting event with Ireland being the defending champions.

A Training camp will be held with our National Coach PJ Nolan on 17th and 18th of June in the Ivy Rooms SC in Carlow from 11am-4pm at a cost of €5.00 per player per day.

Declan Quinn and PJ Nolan will be the joint team managers on the day.

Brendan Cooney and James Bateman will be the joint team managers on the day.

Saturday 24th & Sunday 25th June : The Celtic Challenge match against the Welsh will be held starting at 10am in the Ivy Rooms SC. on the 24th of June. 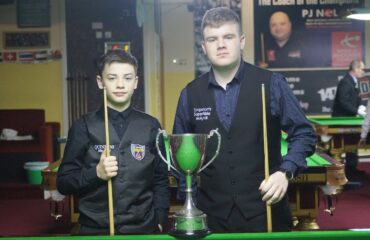 National U-18 Final Hill Vs Crowley