Ross Bulman from Youghal CYMS won the third RIBSA U-16 Snooker Ranking Tournament of the season in Newbridge CYMS Snooker Club in Newbridge Co. Kildare on Sunday the 18th of December. In the final Ross knocked in the tournament high break of 64 in beating Aaron Goldrick from Cavan 3 frames to 1 in a great match. 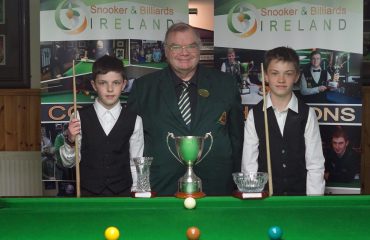