First in was Tom O Driscoll and the Waterford man was beaten 1- 3 by Ahmed Galal from Egypt, Next in was Shane Gorman who was involved in a great match against Mohammed Al Joaker from the UAE, Joaker won the first only to see Gorman level at 1-1, Joaker won next and seem to have the match in his hands leading by 53 only to see Shane fight back to level the match at 2-2. In the decider a mistake on the green cost Shane the match 2 frames to 3.

Jason Devaney needed to win today and he found himself 0-2 down against Omar Ali from Iraq with his opponent make a 106 break in frame two but ex National Champion played his best snooker to come back to win the match 4-2 to keep his hopes alive of qualifying from his group. Brendan Thomas won a tight first frame against UAE and but he ran out a 3-1 winner to stay unbeaten in his group with 4 wins from his 4 matches and he plays tomorrow for first place in his group against Egypt.

All the players would like to again thank everyone in Ireland and around the world for all the good luck and well done messages they are receiving at this event as this is motivating the players to play their best.

For live Scoring, Live Steaming, Results and High Breaks click on www.ibsf.info and for videos of the players in action go to the RIBSA Facebook page 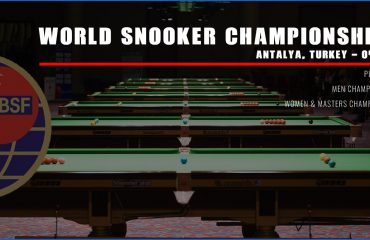