The Republic of Ireland Billiards & Snooker Association (RIBSA) have just announced details about a RIBSA Junior Elite Squad of under 16 players for 2017 – 2018 season.

RIBSA National Coach and Development Officer PJ Nolan will be in charge of this squad and the six players chosen will receive a snooker scholarship to play in all RIBSA event free of charge and attend training camps with PJ to fine tune their games on and off the table next season.

Ireland’s newest Professional player Josh Boileau who himself was part of the RIBSA Elite Squad in 2009 and 2010 said ‘’ being part of the squad helped me improve my game by playing in all the events and learning from the World’s Best Coach PJ .‘’

Trials for this squad will be held at all the RIBSA Development days plus the players will be monitored at the RIBSA Junior Ranking Events during the season. Key ingredients PJ is looking for is Talent, Attitude, Performance, Potential, Commitment, Learning Skills, Improvement, Work Rate, Confidence and their Ranking.

The first Development day will be held on the 5th of November in the Ivy Rooms Snooker Club in Carlow from 11am to 4pm. After all the  Junior Development days, Ranking events and National Championships have been held, a team of officials will sit down and invite the top 20 players to a venue and hold final trials before the full elite squad is announced on the morning of the Celtic Challenge on the 24th of June 2017 in Carlow.

What is the Elite Squad?

The RIBSA Elite Squad is something we hope every Junior Player who wants to become a top player will want to be part of. The players will be guided and monitored throughout the season. The players will train on specific program to improve their Break Building, Long Potting and Safety games.

PJ will teach the players good fundamentals in their playing techniques. His Academy mind sets will help improve their mental side of the game. The players will also receive advice on Fitness, Nutrition and Relaxation. They will learn How to Replace a Cue Tip plus Tactical advice on how to play their best snooker.

Down the years Nigel Power from ‘fiststep.ie ‘and RIBSA President Eamon Kearns and PJ Nolan have sponsored the Elite Squad and if any company out there would like to be part of developing the future stars of the game in the 2017 Squad they should email RIBSA on info@ribsa.ie 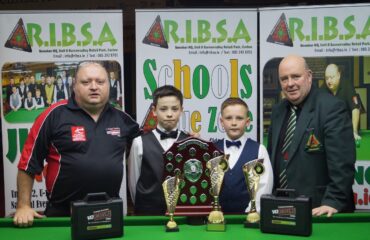