The second tournament of the Senior Billiards series was played at Celbridge Snooker Club on Sunday, 2nd of October 2016, the format being 400up with a 90 minute time limit. Reigning Billiards double champion, Wayne Doyle, still smarting from his defeat at the hands of Eugene Hughes in the final of the opening tournament of the season, tasted sweet revenge when he turned the tables on Eugene to take the season’s second tournament in a high scoring high quality final.

Early round eliminations were Aidan Murray (Ivy Rooms) and Tommy Denieffe (Kilkenny), bowing out at the hands of John Kehoe and Robert McCrum respectively.

The semi finalists in the top half of the draw were Eugene Hughes (Baltinglass) and John Kehoe (Enniscorthy), Eugene having had a convincing quarter final win over Aonghus McAnally (Portmarnock), despite a 76 break by Aonghus, while John had an equally convincing quarter final win against Robert McCrum (also Portmarnock). In the semi final, Eugene was quick to take the upper hand, opening his account with a useful 71 break and scoring heavily when at the table, leaving John little chance to respond.

The semi finalists in the bottom half of the draw were Larry Drennan (Kilkenny Shed) and Wayne Doyle (Q Club, Wicklow), Wayne having had a convincing win in his quarter final against Joe Doheny (Borris-in-Ossory) while Larry sailed through his quarter final relatively unchallenged by Brendan Devlin (Celbridge). The semi final turned out to be quite a dogged affair, neither player hitting anything like top form, but with an ever widening gap in scores, it was a relieved Wayne who came through to claim his place in the final.

The final was a high quality, high scoring game. After a tentative opening bout of low scoring visits, Eugene took the lead with breaks of 52 and 80, only to have Wayne respond with a century break of 108, closely followed by a further century, a 120 break, equalling the day’s high break set by Eugene in the quarter finals. Having established a substantial lead, Wayne was in no mood to relinquish his advantage, scoring the more effectively of the two when at the table and running out a well deserved winner of the second tournament of the season.

The next Senior Billiards round of the season takes place at The Ivy Rooms Snooker Club, Carlow on Sunday, 18th December 2016. The format will be seeded draw 90 minute timed. Entries will be accepted before 10.30am on the morning of the event.

Another billiards event to look forward to will be the Timmy Murphy Memorial which takes place at The Ivy Rooms Snooker Club, Carlow on Sunday, 6th November 2016. The format will be open draw 90 minute timed, handicapped. Entries will be accepted before 10.30am on the morning of the event

Our thanks are due to Phil Martin and the staff at Celbridge Snooker Club for the excellent playing facilities and for their help on the day. 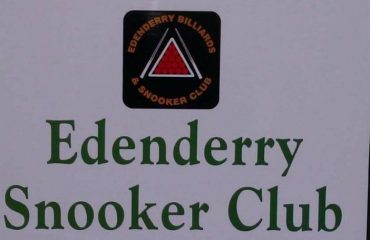