The first of three training camps with our National Coach PJ Nolan was held on Monday the 12th of September in the Ivy Rooms Snooker Club in Carlow from 11am-4pm for our Irish players who will compete in the 2016 IBSF World Snooker Championships in Doha, Qatar.

2016 National Masters Champions Tom O Driscoll and the 2016 National Men’s Champion TJ Dowling attended today and they were put through their paces on training routines to improve their Break Building Skills, Long Potting and Safety games.

Each player received a DVD of his action during the lesson to prepare for the Championship which will be held in Qatar from the 18th – 29th of November. PJ gave each player new sports psychology audio to help with their mind fitness and RIBSA would like to thank the Ivy Rooms Snooker Club for hosting the camp.

The second and third RIBSA Training Camps for Qatar with PJ will be held on Monday the 3rd of October and Sunday the 23rd of October from 11am – 4pm. If any player can not attend they must email info@ribsa.ie

The Irish players for the 2016 World Championships 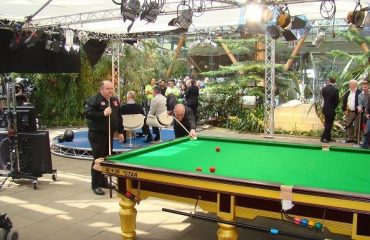 RIBSA Coach of the Year