Fergal Quinn won the final RIBSA Under 16 ranking event of the season in the Ivy Rooms Snooker Club in Carlow on Bank Holiday Monday the 2nd of May.

In the final he beat Sean Devenney from Northwest SC 3 frames to 1 in a great final. Fergal now receives a place on to the 2016 Home International & Celtic Challenge Junior Team. He will join Ross Bulman who won event 1 and Aaron Goldrick who won event 2.

Another highlight of the day was Fergal Quinn making his first RIBSA tournament century when he made a 104 in the semi final against young Ryan McGuirk.

PJ Nolan was the Tournament Director on the day and RIBSA would like to thank all the players and Don O Donoghue for Refereeing at the event. 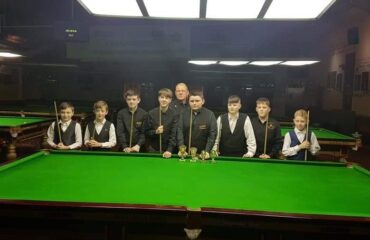