Johnny Connors delighted the home crowd from Letterkenny when he won the sixth National Snooker Intermediate on Saturday the 19th of March in Northwest Snooker Club in Letterkenny County Donegal.

In the final Johnny beat another local boy in Gareth Boyle 3 frames to 1 in a great final. The highest break prize was also won by Johnny Connors with a superb 85 break.

RIBSA would like to thank John Doherty and Northwest Snooker Club for hosting this event.

This year will feature an exciting RIBSA Intermediate Snooker Tour around Ireland and a National Intermediate Championship at the end of the season.

The following players are ineligible to play:

·        Any player who finished in the Top 16 on the Senior Rankings in the previous 3 seasons or is in the top 16 of the current list at time of draw. (Ranking lists below)

You can now text your entry to 085 2428701. This is a text number only and you must include your name, club and the event you want to enter.

No player will be permitted to enter a tournament if he or she has money outstanding from a previous tournament this season.

The Entry fee will be €20 for seniors and €10 for juniors plus RIBSA registration.

Entry fees are payable on the morning of the event and entries will be accepted up to 1pm on the Friday before the tournament.

Players must be properly dressed for all RIBSA competitions. The dress code is dark shoes, dark one coloured trousers (no jeans), one coloured shirt buttoned at the wrist and waistcoat. Waistcoats must be worn for all matches. National Waistcoats are not permissible. Matches will commence @ 10am.

A Copy of the Rules for all tournaments will be available on the website and at tournaments.

The following players are ineligible to play 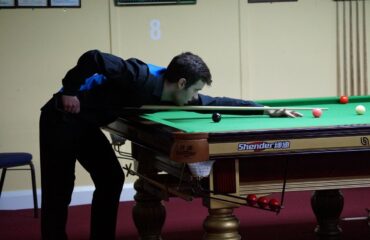