The RIBSA Senior Team drew one and won one match at the 2015 Home Internationals in the Northern Snooker Centre in Leeds on day 2. First up today was a match against a top class Northern Ireland team and the Republic boys played fantastic to get a 6-6 draw when Rodney won 2-1, Greg won 2-1, David lost 1-2 and John O Sullivan won a brilliant last frame to force a draw.

Next up was Scotland B and the Irish team were on fire with Rodney Goggins making the new high break with a superb 133 clearance winning 3-0. John O Sullivan also won 3-0 with a top break of 51. Greg Casey won 2-1 with a top break of 68 and David Cassidy finished off the match with a great 3-0 victory to win the match 11frames to 1 for the Irish.

The boys are now focused on their next match against Scotland A at 10am and as National coach I could not have asked for more from the boys with a 12-0, 11-1 and great 6-6. 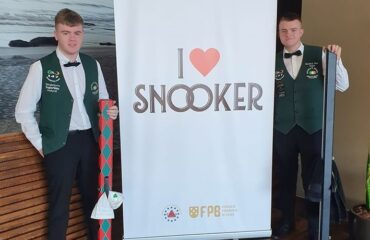 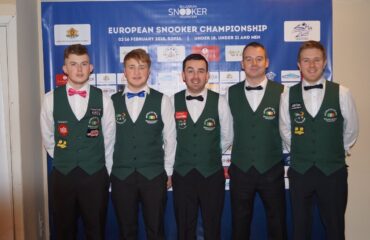