RIBSA held a very successful training weekend on the 11th & 12th of July in the Ivy Rooms Snooker Club in Carlow to prepare our International snooker players for next week’s IBSF World under 21 Championships in Romania and Home Internationals in Leeds which takes place in the Northern Snooker Centre in Leeds next month.

On Saturday RIBSA held a snooker training day with break building routines and match play practice and all the players were put through their paces by our National Coach PJ Nolan.

On Sunday the 12th of July the players started off the day with a number of training routines working on their scoring and long potting. This was followed with a specific mind coaching session with Professional mind coach Paddy Maher.

Paddy coached the players from the RIBSA Senior, Masters, Billiards, Under 21 and Under 16 and Under 14 teams. The RIBSA players were impressed with the content from the mind coaching session and the players learnt a lot from the session.

RIBSA hope to do more mind sessions in the future with Paddy in helping our RIBSA players to perform at their best as Sports Psychology is now becoming a major part in the sport. The modern player needs to be technically, mentally and psychically in good shape if he wants to play his best.

Paddy taught the players how to relax before and during important matches by focusing on their breathing techniques to achieve total relaxation. He explained how to get into the zone to perform at your maximum best. Paddy session covered ; Confidence, Motivation, Belief, Routines, Learning from mistakes, Focus, Concentration, Winning mentality and Practice, Practice and Practice more!

RIBSA would like to thank the Ivy Rooms for hosting the camps and Paddy Maher on holding the seminar and to and making it such a success.You can follow Paddy on his facebook page MindMatters Hypnotherapy or visit www.mindmattershypno.com or call him on 087 1205603,

The players now have the mind set of playing their best game. 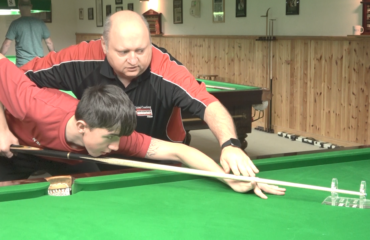 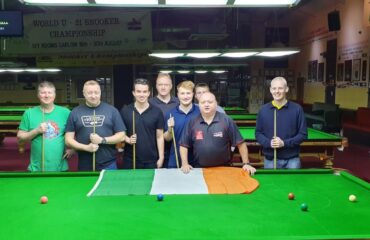