The Knock Out Draw was made tonight for the 2015 EBSA Under 21 Snooker Championships here  in Malta. The RIBSA players Josh Boileau,  Aaron Moyles, Shane Bates, Stephen Bateman all qualified from their groups and they will play Tuesday morning in the last 64.

Josh Boileau will be seeded no. 9 after a good display to win his group and faces Mikhail Terekhov from Russia.  The winner will play Rodion Judin (Latvia)  or Simon Lindblom from Sweden in the last 32.

Aaron Moyles is seeded in a no. 35 after an impressive performance in his group and faces Tim De Ruyter from the Netherlands. The winner will face Louis Heathcote from England or John Farrugia from Malta.

Shane Bates has also performed excellent along with Aaron Moyles who are playing in their first major International and the Wexford man is seeded at 42 and plays Niel Vincent from France. The winner will play Vladu Mihai from Romania or  Kobe Vanoppen from Belgium.

Stephen Bateman found his scoring boots in his final match last night and looked very good and he is seeded in at no. 47 and faces Jeff Jacobs from Belgium. The winner will play  William Lemons from England or Vladislav Kalinovski fom Belarus.

The full draw is available here

The knock out stages starts here at 11am Irish time. You can follow all the matches on live scoring and full results are on on www.ebsa.tv 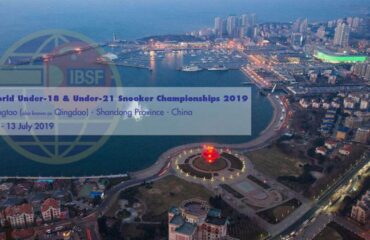