The final day of group matches were held today in the Dolmen Hotel, St.Pauls Bay in Malta In the 2015 EBSA Under 21 Snooker Championships and Ireland’s Josh Boileau makes the Tournament high break.

The RIBSA players Josh Boileau,  Aaron Moyles, Shane Bates, Stephen Bateman all qualified from their groups to play in the knock out rounds tomorrow. Darragh Cusack won his final today to end on a high and he should be very proud of himself playing in his first major International.

Aaron Moyles from Ballina SC recorded his best win to date when he beat one of the title favourites Shachar Ruberg from Israel 3 frames to 1 which included breaks of 65 and 56 and earlier in the day he beat Kevin Cizmarovic from Slovakiawhich 3 frames to 0 which included 3 breaks over 40.

Josh Boileau from Newbridge CYMS again impressed everyone when he knocked in the new highest break of the tournament a 111 break in a 3 frames to 1 over Felix Frede from Germany.

Stephen Bateman from the Kilkenny Shed SC was beaten 3 frames to 1 by Luke Garland from England after the Irish man had won the opening frame. Stephen then played Viktor Iliev from Bulgaria and he played his best snooker in the event with breaks of 73, 46, 33 in a 3 frames to 1 victory.

Shane Bates from the 147 Club in Wexford played another outstanding match today when he beat Isaac Borg from Malta 3 frames to 0 which included a 77 break to record his third win. Shane then played Adam Stefanów from Poland but his Polish opponent won vital frames in a 3 frames to nil victory but the Wexford man is easily through to the knock outs.

Darragh Cusack from Dublin who is the youngest player on the team won his final match of the event when beat Yana Shut from Belarus 3 frames to nil to delight everyone to end the day on a high for the Irish.

Overall it was a superb day with our players qualifying for the knock outs. As National Coach I am so proud of them all as they are representing Ireland, Club and Family with pride here in Malta. It is great event for Irish Junior snooker with some of the team who were playing in their first major championship.

The knock out stages starts here at 11am Irish time. You can follow all the matches on live scoring and full results are on on www.ebsa.tv 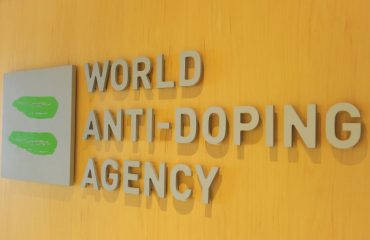