The fifth RIBSA Senior Ranking event of the season will be held on Saturday the 14th of February in the Ivy Rooms Snooker Club in Carlow. You can now text your entry to 085 2428701. This is a text number only and you must include your name, club and event you want to enter.

If the tournament is running late the T D may decide to hold over the Semi –Finals and Final until the Sunday afternoon but not before 2 pm so as not to interfere with the Masters Tournament schedule on the next day.

The Top 32 players on the current Senior Rankings will be entered automatically into the draw for the event. If any player cannot play they must contact RIBSA to remove their name from the draw. 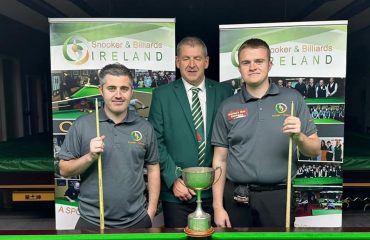