Rodney Goggins won the 4th RIBSA ranking event of the season in the Ivy Rooms Snooker Club in Carlow today. The 147 Club Wexford man won ” Premier Cup’’ when he beat Jason Devaney from Crosmolina SC in Balina 4 frames to 1 in a superb final.

Both players played outstanding snooker on Saturday to reach the final and they were a few big upsets in the event from Benny O Brien and David Cassidy in reaching the semi-finals when Benny had a great 3-1 win over Robert Murphy while David Cassidy beat Brendan O Donoghue playing superb in a 3-2 win.

Jason Devaney had the high break with a 105 break. 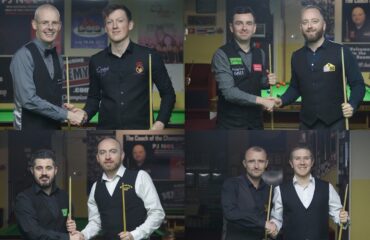