Colvin O Brien from Carlow won the 2014 Irish Intermediate Snooker Championships in the Ivy Rooms Snooker in Carlow when he beat  James Bateman 4 frames to 2 in a excellent match. James won the first frame, Colvin won frame 2 and three to lead 2-1, back came the Kilkenny man to win the fourth to level the match. O Brien then produced his best snooker to win the next two frames to claim the title. Colvin also won the highest break in the Championship with a 79 break. 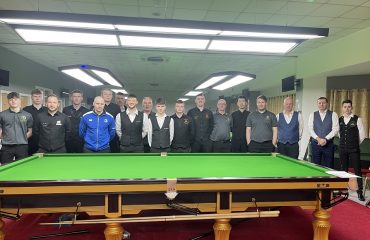