The Semi-finals of the Irish Senior Championships are just about to start in the Ivy Rooms Snooker in Carlow this morning at 10am . The line up is Irish Number 1 Robert Murphy against the defending Champion Michael Judge in a match that is going to be a classic. In the other side ex Champion Rodney Goggins will play Martin McCrudden who is only back from performing so good in Qschool and this is another match hard to call the winner.

The matches are best of 11 frames with the final being played at 5pm later today. The Referees will be Don O Donoghue and Peter Dunne 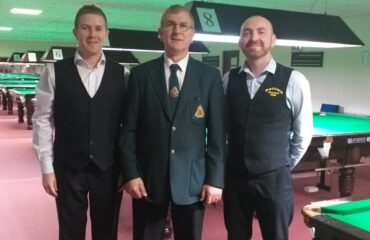