Josh Boileau’s incredible run continued in his Semi Final of the 2014 World IBSF Under 21 Snooker Championships in Al Fujairah – UAE today when the Irishman won 7 frames to 6 in a fantastic high quality match.

The Newbridge CYMS man was looking to get into the World U-21 Final when he played Zhao Xintong from China. Josh went into the interval at 2-2. When play resumed Josh came back firing to knock in consecutive breaks of 127,106 and 92 to take a 5-2 lead. Then the pendulum swung in favour of Zhao Xintong who took the next 3 frames to level the match at 5-5.

The next 2 frames were shared and left us with a deciding frame in which Josh emerged the victor by winning on the pink 7 Frames to 6 and end the pain of everyone in Ireland who was watching the live scoring but everyone was shouting in delight when Josh potted the vital pink to win.

Josh will now play Iran’s Hossein Vafaei Ayouri who defeated 17 year old snooker whiz kid from Poland Mateusz Baranowski by seven frames to three. Hossein made a maximum break in the fifth frame of this match and is the first U-21 to do so since the inception of this tournament in 1987.

You can follow all the action with live scoring on www.ibsfnews.com 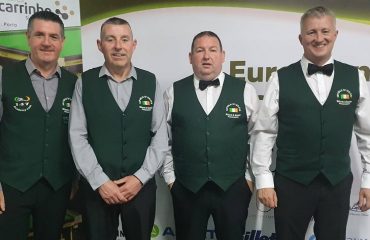 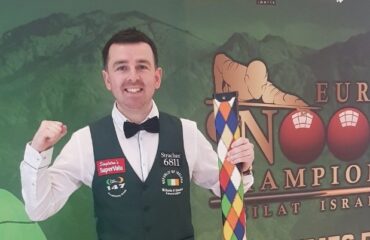