The opening day of the World Under 21 Snooker Championships in Al Fujairah – UAE had wins for two of the five RIBSA players David Cassidy and Stephen Bateman.

David Cassidy who reached the Semi Final in this year’s European U-21’s had a good win over Ming Wa Man from Hong Kong winning 4 frames to 2.

Stephen Bateman playing in his first World U-21 Championship had a great win over Mohamed Elfar from Egypt winning 4 frames to 1.

Josh Boileau had a bad start against Tom Rees from Wales losing 4-0 but I am very confident the European and RIBSA number 1 will come back strong in his next match.

Daniel Dempsey played one of the pre-tournament favourites Hossein Vafaei Ayouri from Iran who has previously win the World IBSF Mens Championship. The Iranian played outstanding snooker including a 139 break in a 4 – nil victory. 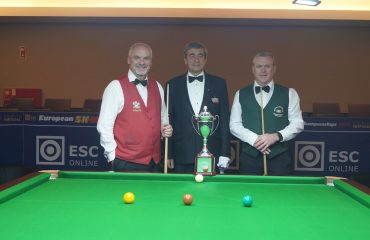