The first ever RIBSA Under 12 National Snooker Championship final will be between Corey Ramsbottom from Carlow and Dean Roche from Youghal after both players played excellent snooker to reach the national final. The Championship will be sponsored by The 147 Academy of PJ Nolan and it was played in the Ivy Rooms Snooker Club in Carlow.

The event had a free entry fee to encourage all players from all parts of Ireland to participate. All matches were the best of 3 frames with the National final best of 7 frames.

There was an excellent turn out today in Carlow and RIBSA would like to thank the Ivy Rooms, John Doherty and Neil Shanahan for making it a great success. The final promises to be an exciting match with both young players looking to lift their first National title. 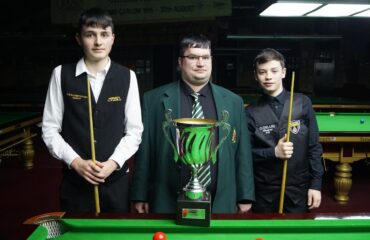 National U-16 Final Newman Vs Crowley