Admin
Thursday, 01 May 2014 / Published in International

Our National Coach PJ Nolan will be holding a two day training camp for The EBSA Championships and The World IBSF Under 21 Championship to prepare our RIBSA players on the 6th and 7th of May in the Ivy Rooms Snooker Club in Carlow.

The players can choose one or both days and PJ will put the players through their paces working on their techniques and give the players training routines to prepare for the Championship.PJ will also work with the players on the psychology of the game in order to play with more confidence. Each player will receive a DVD of his action during the lesson and sports psychology booklet and audio to help with their mind fitness.

The cost of holding a RIBSA session is €20.00 per hour coaching time plus €20.00 per hour travel time from Carlow plus tolls and parking. If you would like to travel to the Ivy Rooms Snooker Club in Carlow you can avail of a 2hr session for €55.00 which includes Lights, DVD of the lesson and Technique profile.

Muldoon Turns On The Style 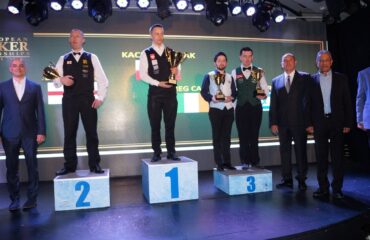 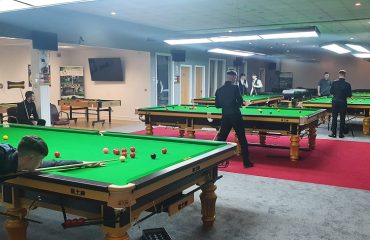