The Welsh second team of Wayne Morgan and Peter Roscoe were crowned the European Masters Team Champions here tonight in Bucharest, Romania thanks to a 4-1 victory over Belgian’s Mario Van Herk and Alain Vandersteen.

The Maltese team of Alex Borg and Duncan Bezzina were crowned the 2014 European Mens Team Champions here in Bucharest tonight after they beat England’s Nick Jennings and Calum Downing 4-2 in the final.

Russia have won the European Ladies Team Championships for the third year in a row. The team of Daria Sirotina and Anastasia Nechaeva beat Belarus’s Yana Shut and Nastya Toumilovitch in the final this morning 4-1. 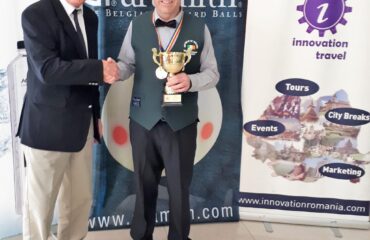