The 2nd event of the Premier Tour “The RIBSA Irish Open” was played today Sunday 10th November 2013 at the Ivy Rooms in Carlow. The highlight of the early rounds was last 32 match between current no. 1 on the rankings Rodney Goggins and Martin McCrudden. Playing solidly Rodney won the first two frames, but Martin found his form and won the next three with back to back brakes of 100 and 134 to take the match. Martin maintained his form throughout the tournament and added a further two consecutive centuries (104 & 117) when accounting for Jason Devaney 4 -1 in the semi-final.

On the other side of the draw Robert Murphy caught the eye with some excellent match snooker. In his semi-final he defeated his good friend and current Irish senior champion Michael Judge by 4 frames to 0. Robert’s high break was an excellent 112 in his 2nd round match.

For the second event running the final turned out to be a one sided affair. Robert’s form deserted him and Martin playing solidly ran out a convincing winner by 4 frames to 0.

Presenting the prizes TD Tony Thorpe congratulated all the players for the high standard of play and another excellent tournament. Again there was a large number of high breaks including 6 centuries, the best of which was a superb 134 by tournament winner Martin McCrudden. Tony commented that it was good to see Martin back winning events after an absence of a couple of years.

He again thanked Marian Leacy and the Ivy Rooms staff for looking after everyone so well. 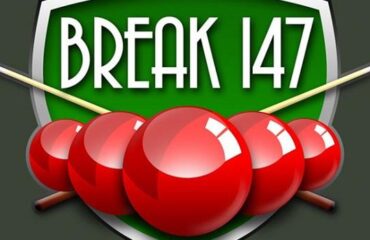 Hogan knocks in a 147 in Carlow 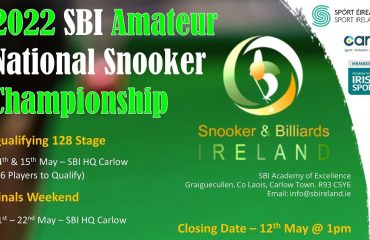