Duane Jones from Wales won the first ever 6Reds World Championship been played in the Ivy Rooms SC in Carlow, Ireland from 30th September – 6th October 2013.

In the final he defeated our lrish National Champion Michael Judge  6-4. Jones played brilliant to win first three frames but after that Judge succeeded to pull back fourth frame. Jones did not want to waste his hard work and won two more frames to leave Irishman 5-1 behind.

The Irishman  fought back to pull three frames in a row to be 4-5 behind but in the 10th frame Jones controlled the frame and Michael’s brave bid ended and he had to settle for the silver. 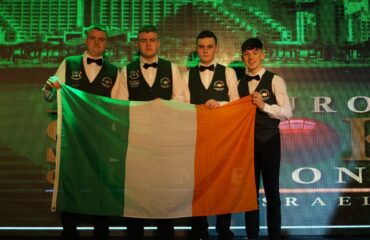