A total of 34 players will represent Ireland in the 2013 IBSF World Team & 6 Red Championship in the Ivy Rooms Snooker Club in Carlow next week. All RIBSA Players and Referees attended the official opening Ceremony in the Dolmen Hotel on Sunday the 29th of September.

Jim Leacy President of the IBSF thanked everyone for travelling to Carlow to compete for the various World Titles. Play begins at 10am with 16 team matches that involve some our Irish players and if you are around Carlow you should drop in to watch the World’s best amateur players in action.

Eamon Kearns President of RIBSA officially opened the championships in front of a large audience in attendance. RIBSA will have teams in the Mens, Women and Master Championships and players in the Men and Women 6 Red Championships. 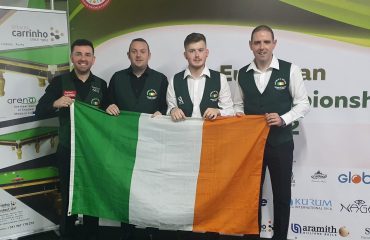 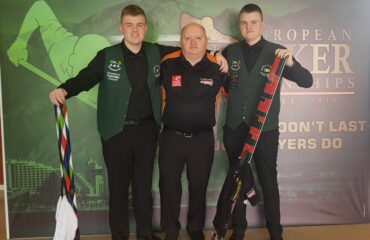