The RIBSA Under 16 National Snooker Championship will be held this Sunday the 7th of April in Douglas Snooker Club in Cork.

The Under 16 Championship will be held on Sunday 7th of April. Closing Date is 10.00am on the morning. The championship is open to all players with the Draw being made at 10.15am and play starts at 10.30am. The event will be played down to the final

The Top 8 seeds from the rankings will be seeded with the others ramdomly placed in the knock out draw. 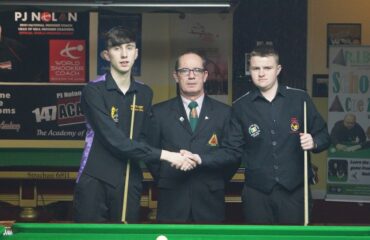