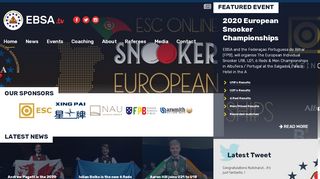 This week Bratislav Krastev the Bulgarian National Snooker Coach travelled to Ireland to receive training in becoming a qualified European Snooker Association Coach from PJ Nolan in the Ivy Rooms Snooker Club in Carlow which is the EBSA Centre of Excellence.

The EBSA Coaching Course is only open to recognised coaches who are nominated by their own National Governing Body. PJ Nolan is the EBSA head coach and his role is to train coaches on behalf of the European Billiards & Snooker Association in promoting the game. At present there are eleven coaches who have full EBSA accreditation.

The EBSA Snooker Coaching syllabus includes practical exams as well as verbal and written exams covering all the techniques and skills of coaching the game of snooker.

The course in Carlow was a private one to one course covering all aspects of the game from Planning Sessions, Designing Routines, Role of a Coach, Sports Psychology, Rules of the Game, Practice Exercises,  Getting out of and laying Snookers, Written Records,  Safety Play, Shot Selection, Oral Assessment, Preparation for Match- Play Physical and Mental, Etiquette and on the final day he compelled the EBSA coaching written exam.

During his practical exam PJ invited current Irish number two player Josh Boileau from Newbridge and Corey Ramsbottom from Carlow where Bratislav designed training sessions and he put the young Irish stars of the future through their passes with a selection of training drills and coaching advice.

Bratislav said ” it was great learning from PJ and I feel now I have the skills I need to develop my own coaching program in Bulgaria and it will be a big honour to become a qualified EBSA Coach later in the year. He was impressed with the facilities in the Ivy Rooms and he really enjoyed his stay in Carlow ”

Jim Leacy current president of the IBSF was on hand to congratulate Bratislav on passing the first part of his exam. He now begins a six month probation period where he will complete all the necessary assignments in Bulgaria to graduate in becoming a fully accredited EBSA Coach.

If you would like to become a EBSA Coach you will need to contact your own National Governing Body in writing and request them to officially contact Maxime Cassis in the EBSA nominating you to attend a future course. 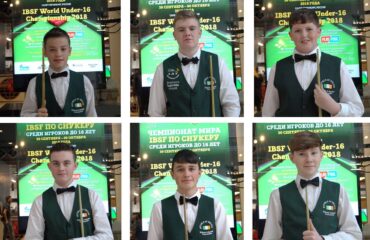