The (EBSA) European Billiards & Snooker Association have just announced the 2013 European U21 & Teams championships will be played in SERBIA in the City of BOR from the 18th to the 28th March.

Cut Off Dates for RIBSA Players

The Presidents Cup on the 12th and 13th of January will be the cut-off date for senior players who will represent the Republic of Ireland in the Team Championship in Serbia. The Top three ranked players will qualify and we hope to send a second team.

The Under 21 Cue School event on the 19th of January will be the cut-off date for the European Under 21 Championships with the top three qualifying.

The Masters event on the 21st of January will be the cut of date for the masters team and the top two players will qualify but we also hope to send a second team.

EBSA U-21 Day 3 Masterclass for Cronin 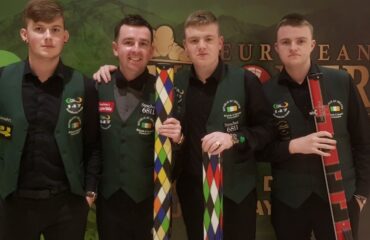