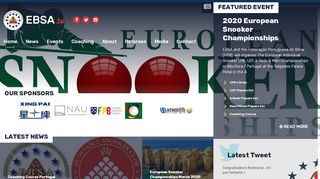 Admin
Thursday, 31 May 2012 / Published in International

The RIBSA players travelling to Latvia next week for the European Championships had a training day with our National Coach PJ Nolan on Tuesday in the Ivy Rooms SC Carlow.

Mark Tuite, Rodney Goggins and Brendan O Donoghue attended training as the other players were unable to attend due to work commitments.

PJ worked on fine tuning each player’s technique and practiced Break Building and Long Potting Routines while preparing them mentally for the championship in Latvia.

PJ said that he was delighted with the players commitment and they gave 100% concentration throughout the training day.