As Cork snooker takes its seasonal break, with the Cork Billiards and Snooker Association (CBSA) Cork snooker league resuming in mid January it is an opportunity to take a look at this seasons action so far in the thriving sport of ‘Rebel Snooker’ down south in Cork City and County.

After International representation in Malta and Canada for David Cassidy and Greg Casey of the Crucible Snooker Club, on return from Republic of Ireland duty the CBSA had their annual general meeting and all officers elected were as before with the exception of Derek O’Neill of Douglas Snooker Club who became the associations new Chairman.

O’Neill to his credit has been very active getting around to as many games as possible as well as attending both the under 14 and under 16 Cork snooker championships this year so far. The league were saddened to hear that last years champions Shooters from Blackpool would not be competing this season, as well as Fermoy CYMS , so Douglas Snooker Club to their credit entered a second side into the CBSA Cork snooker league.

Early games in the league belonged to Youghal CYMS who were unbeaten home or away, and the return of Aaron Tobin to the side certainly gave Brendan Cooney’s team a fantastic option.

It took a while for the Crucible to get going, but right up until the Christmas break last Thursday Jimmy Hussey’s talented side remain unbeaten with an exciting eight frames to seven frames black ball victory against Youghal CYMS in the Market House, gaining a valuable three away points.

The CBSA Cork snooker league is certainly dominated by both Youghal and the Crucible this year, where both sides have qualified comfortably for the league semi finals, but who will join these two sides is the burning question.

Three sides are now in a position to fill those remaining two spots, the AOH, Douglas ‘A’ and Youghal CYMS ‘B’, with the Morrison’s Island men of the AOH looking definite qualifiers and a battle between Youghal and Douglas to be played out in late January for the other spot. Whoever qualifies will be very hard pushed to make it through to the 2012 final, it really looks likely to be Youghal CYMS ‘A’ and last years runners up, the Crucible in the decider.

At under age level within CBSA this year there were two championships played, the Cork under 14 snooker championship was held at Fermoy CYMS and was eventually won by Youghal CYMS player Noel Landers, who won the event without dropping a frame en-route to victory.

The Cork under 16 snooker championships were held at Youghal CYMS and this was certainly a one man show, with Youghal CYMS player Aaron Tobin breezing his way through the field to secure the Cork county title.

The under age structure at Youghal CYMS is incredible and the standard of players coming through is frightening, from as young as ten years of age upwards are very capable players indeed.

2011 saw the return of top class professional snooker back in the Province for the first time in decades as ‘World Snookers’ Players Tour Championship 8 (PTC8) arrived in Killarney last October and Nine CBSA players entered into the event. The standard was very high and all but one Cork player Ryan Cronin made it through the qualifiying stages to play in the last 128 main event.

Ryan a well known player from the Crucible was unlucky in his match against Stephen Maguire in the main event, but put together a great run in the Amateur Cup, making it as far as the semi finals.

All credit to the Cork players who played in the top class professional tournament and if the PTC returns back to Killarney again next year, I am sure plenty of the ‘Rebel Cue-men’ will enter into the event.

Now Cork Snooker is in its break it will give the players and indeed their clubs time to think ahead to January where as well as league resumption the Munster Snooker Club Championship will start on Friday the 20th of January at the Gleneagle Hotel and there are seven Cork sides involved in the tournament and hopes are high for Cork success next year.

Previous championship winners in 2000 Youghal CYMS ‘A’ will be travelling to Killarney for a consecutive 25th year, which in itself is a fantastic achievement.

Youghal have every chance too, if things go their way , but the Cork favourites going into the event will certainly be the Crucible with Internationals Greg Casey, David Cassidy, Ryan Cronin, Daniel O’Regan and the newly acquired Garry O’Sullivan the Crucible look like potentially the team who could go all the way.

Next year also sees the National under 21 and under 19 championship finals in Cork, when they will be played in Douglas Snooker Club in March. The south side club will also host the Cork Close championships on the 19th of February and one other significant date in Cork for the new year is the 8th of January when the Cork under 19 snooker championships will be held at the Crucible snooker club.

So plenty of top quality snooker to look forward to in 2012, but for now from everyone involved in the game a very Happy Christmas and a peaceful new year. For all Cork snooker information check out www.corkbilliardsandsnookerassociation.com or for all snooker enquiries go to www.ribsa.ie 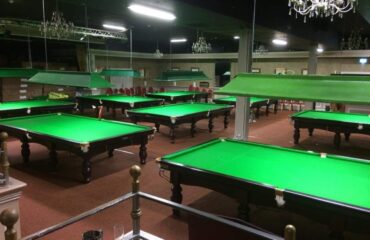