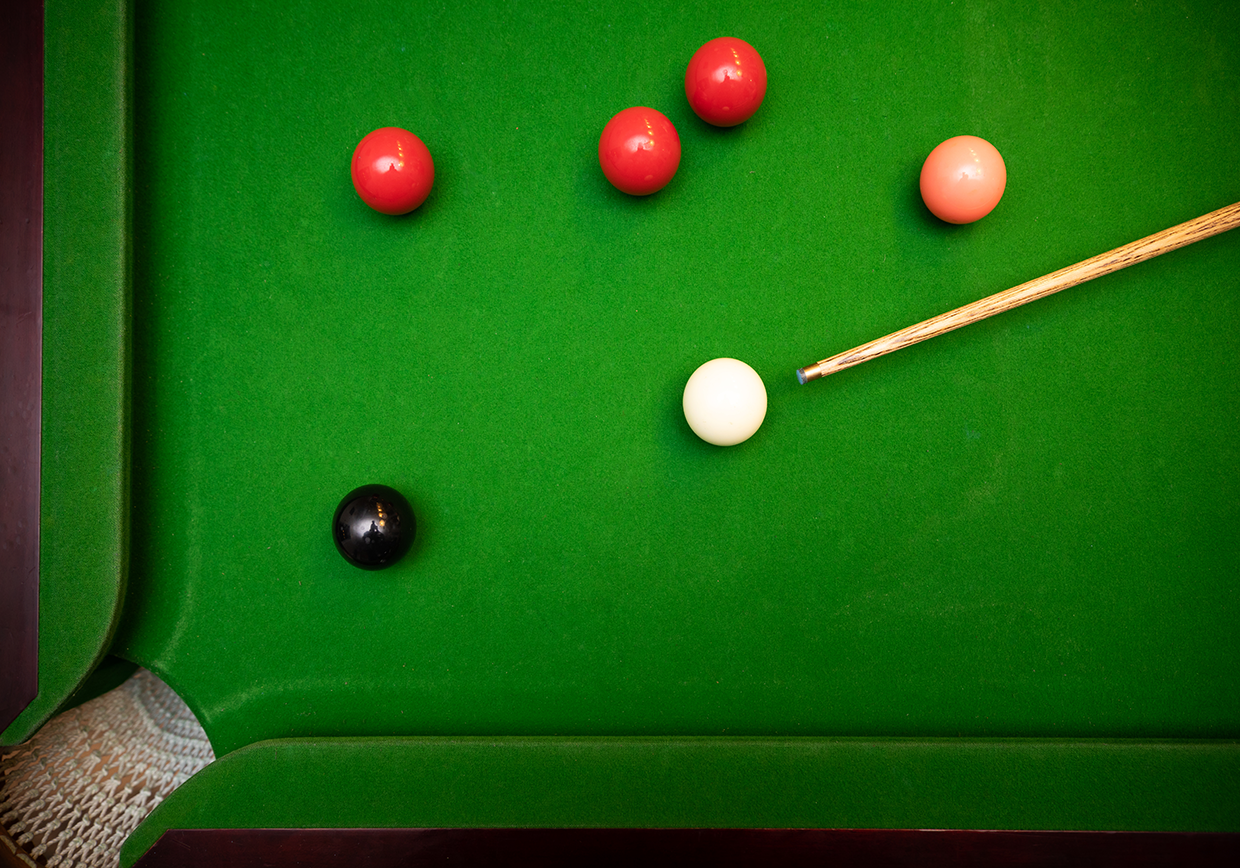 Welcome to my referees blog which will be updated periodically throughout the ‘World under 21 Snooker Championships’ in Montreal Canada. Throughout the week I will be posting the entire goings on in Montreal with one or two Snooker rule questions which might be of interest to you.

We arrived after a long connecting flight early Sunday morning from Heathrow to Montreal airport which is only 5 minutes taxi to the Sheraton where the event is been hosted. On first impressions the venue seemed to tick all the boxes with the hotel offering indoor/outdoor swimming pool and leisure facilities. The weather over here is as you would expect (A lot nicer than Ireland) with the weather tipping 27C on the first day which we took advantage of. Also in the even we had the opening ceremony with the usual speeches etc. but the highlight being the appearance of Kirk Stevens. The first player to make a 147 in the Masters event in his famous white tux. He gave a speech to all the players and wished them the best of luck in life and snooker.

I was on in the morning sessions which are 10am and 1pm. The first encounter I refereed was between the losing finalist of last years under 21 WC ‘Li Hang’ from China and ‘Mitchell Travis’ from England. It was a close encounter and a pleasure to referee. Mitchell took an early 2-0 lead, but Li wasn’t going out without a fight and it went to 3-3 before Hang knocked in a 114 break to clinch the match.

At 1pm the two players were ‘Wong Yun Shing’ from Hong Kong’ and ‘Nick Jennings’ from England. Jennings was unstoppable throughout the match with his long potting playing a major part in his game and getting him in to make 90, 92 in the first two frames. It quickly went 3-0 to the English man with Wong making a mini fight of it in the last with Jennings running out a comfortable 4-0 winner.

Away from the table during the night myself, Vinnie, Nick Jennings, Kishan Hirani and Mitchell Travis caught the bus into the city and all I can say is money isn’t scarce here with every other car a Ford GT!!! We will be back at a later point to sample the beer.

This match started at 10am was the most mouth-watering battle of my trip here so far between two ex-main tour players Zhang Anda from China and Noppon Saengkham from Thailand.  After winning the toss, Noppon broke the first frame and with an exchange of couple safeties, it was Zhang who took a charge. With few pots and safeties in between, Zhang took the first frame lead. Noppon on the other side was waiting for a perfect call, which he got in second frame where Zhang on a break of 30 rolled the pink into top pocket and hit the inner jaw that dribbled pink on pocket and left Noppon in a perfect position to capitalise.

Without wasting that moment, Noppon attacked with a break of 64 to level the match 1-all. In third frame, Noppon couldn’t do much and lost to Zhang but his intentions were pretty clear as he did not want to have any kind of dent in his all win streak. The same reflected in his next three frames where he produced breaks of 86, 95 and 77 and carried away the win from Zhang.

My following match at 1pm was between Karam Namek from Canada and Lee Paul from New Zealand, Paul ran out a comfortable winner 4-0 23-71, 15-64, 9-84, 55-65 with Paul winning on the black in the last frame which was the only close fought frame of the match.

Afterwards I spent the day watching how the rest of the games were going on and who would go into the knockouts no.1 seed etc. (at the time of writing this Nick Jennings from England is the no.1 seed skipping past the last 32 into the last 16 stage will be played at 7pm tomorrow.

One situation in the rules you may came across the referee looks and calls “touching ball” on a ball on (i.e. a red) and the striker comes to the table and says that is not touching then all balls be replaced to their original position. And this applies to when the ball on was NOT touching the cue-ball as well. This come under the rule ball moved other than striker, which means all balls are replaced.

I lay beside the pool reading the rules for the rest of the day until half six and then went to the table and prepared it by checking the pockets, rails and all the ancillary equipment at the table. There were three examiners whilst I refereed the match between ex main tour player Noppon Saengkham from Thailand who won this tournament in 2009 and Ali Al-Obaidli from Qatar.

The practical exam went well with Saengkham winning by comfortably 5-1 and then afterwards the Q and A down in the practice room with the three examiners Maxime Cassis (Head Referee) (France), Ger Murray (Ireland) and Cliff Hazelton from New Zealand. After an hour of questioning they told me to leave the room for five minutes and after them five minutes I was called in to be told that regrettably they had choosing to give the grade 1!!! I never felt so relieved and excited to hear that news after failing in my first attempt in Malta two months ago.

It took my five years to get here and well worth it, so I’d advise any young person out there to do it as it allows you to meet great people and see the world at the same time. Seeing as we have a free day tomorrow we all went into Montreal city and had a great night with some of the English, Scottish, Australian and Chinese lads.

Getting congratualed after passing my exam by Mitchell Travis.

So I will give you one more rule, whereby; there is one red left on the table and it is set as shown in the diagram. The cue-ball is played from position A towards the red. The Striker misses it twice. Does the referee warn the Striker that failure to hit the ball-on in this situation, will the frame be awarded to his opponent? The answer is YES. Because under section C. Rule 14 (c) “After a miss has been called under paragraph (b) above when there was a clear path in a straight line from the cue-ball to a ball that was on or that could have been on, such that central, full-ball, contact was available” with part (ii) of that rule stating “if asked to play again from the original position, the offender shall be warned by the referee that a third failure will result in the frame being awarded to his opponent”

Relaxing by the pool.

This was unfortunately my day of but I got to watch some great snooker at the quarter final stages of the tournament.

There was the number no. seed Nick Jennings from England against Anda Zhang from China where Nick ran out a winner in the deciding frame 6-5.

Thanawat Tirapongpaiboonn from Thailand beat Declan Brennan from Northern Ireland 6-3 who earlier beat Vincent Muldoon in a great match between the pair with Muldoon losing 5-4.

Noppon Saengkham from Thailand was victorious against the Welsh player Duane Jones 6-3.

With the days play over we relaxed beside the pool to soak up the last of the remaining sun and went to a Chinese restaurant for an all-you-can-eat buffet for $12 it was very good value.

Semi-final day is upon us now; and I had the job of marking the match between Thanawat Tirapongpaiboonn from Thailand and Nick Jennings from England with Nico De Vos from Belgium refereeing the encounter between these two up and coming players on table 2.

I did not envy Nico having to pronounce the name ‘Tirapongpaiboonn’ but he seemed to cope well with that in my opinion he is a top class referee and has and will officiate at PTC’s throughout the year. Even though he had a little mishap in the 1st session were his blazer buttons decided to pop! Luckily he had a spare on standby.

After Tirapongpaiboonn lead 4-2 at the interval I still believe Jennings was capable of a few frames on the bounce but Tirapongpaiboonn went on to win the match 7-4 in a very enjoyable match to officiate.

On table 1 we saw the best comeback if not the biggest shock of the tournament where Noppon Saengkham from Thailand was 4-0 at the interval against ex main tour player Li Hang from China and came back to incredibly win seven frames without reply against Hang who in my mind was the favourite from the start.

It was an all Thailand clash between Thanawat Tirapongpaiboonn and Noppon Saengkham were the 17 year old sensation beat the more experienced 19 year old 9-3 and became the IBSF World u-21 Champion. For full match analysis http://bit.ly/n7PLmm

Unfortunately I didn’t get to see any of the final as myself, Vinnie and his dad spent the day in Montreal city seeing the sights and tasting the food.

At 7pm the closing ceremony kicked off with Kirk Stevens and Alain Robidoux making an appearance to present the cup to the winner Tirapongpaiboonn. I got presented with a certificate to prove I officiated at the event with Maxime Cassis who was head referee for this event congratulating me on passing my grade 1 exam.

Later on that night we celebrated in Montreal city.

Picture of me, Scott Donaldson and Vincent Muldoon.

Last day spent in Montreal was beside the pool relaxing until our 10 hour journey home started, so I shall leave on this note that it was a pleasure writing this blog for RIBSA and hope to get the opportunity again soon.

Tagged under: Montreal, World Under 21 Snooker 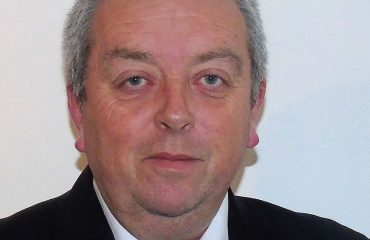 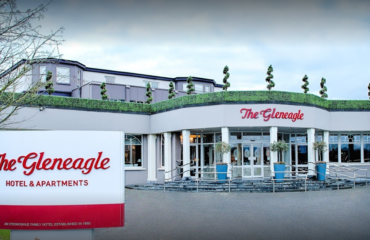